None for ages and then two come along together!

This one is also for the cat charity, although I think it looks slightly more vulpine than feline. (I had to look up the word “vulpine” – it means fox-like) I like this one as it gives a bit of a sense of fluffiness. In case you’re interested, it took me about 4 hours to do this one – an ideal way to spend a warm Sunday afternoon. Although I probably need to have a bit of a stretch now!

Drawn for a cat charity to raffle or whatever:

I used the same outline as I used for Chou’s cat, a few months ago, as I liked it.

There’s no way I can tell you which zentangle patterns I used – there’s so many of them! Also, a few of the patterns aren’t “official” named ones…more like doodling than zentangling!

I am in the process of applying for a Titre de Sejour – a document giving me the right to live & work in France. Citizens of the EU do not need a Titre de Sejour, but thanks to the catastrophe that is Brexit (no need to ask which way I voted!) the advice coming from the Foreign Office is that it might be a good idea to have one of these before Britain crashes out of Europe and into a chasm of confusion and chaos.

So I have to supply 3 passport photos with my application.

Do I have photos where I’m bald…

or where I’m wearing my wig…

or where I’m wearing a scarf…?

None of them are actually what I look like normally, so I won’t resemble the photo on my titre de sejour when my hair grows back! (Which it is doing – I’m starting to look like a greying skinhead! Yes, it’s coming back grey!) 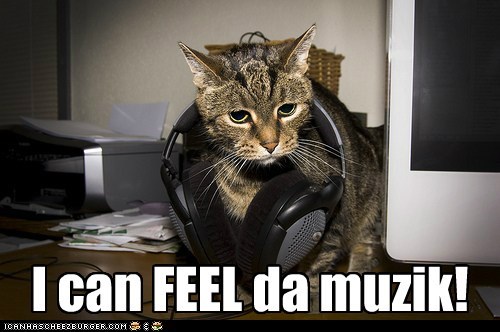 Last night we went up to Friend Cathy’s for apèros and music – in fact, we were there all evening, so I’m glad I’d had a substantial lunch! Despite that,  Mr FD and I did rather attack the snacks with gusto! We had a wonderful time.

There were three guitarists, and various tambourine/maraca players, plus those of us who did impromptu percussion on tables, or glasses!

David, (C’s friend from the Port), Martin (C’s friend, staying for a few days) and Gerome (Friend Alison’s Other Half) were our guitarists. Sue (Martin’s wife), Cathy and Mr FD were the tambourine/maraca players, I was the impromptu percussionist and Richard and Stefan just listened and sang. We sang (some of us better than others) songs – Beatles, Eagles, Johnny Cash, and many others – and generally had a great time.

Martin is also a talented songwriter and he played and sang some of his own compositions, which were lovely.

Later on, a storm arrived, so we decamped into Cathy’s as-yet-unfinished house. There is a roof and floor, with electricity in some of the house, and windows & doors not all fitted yet. But it was dry and we continued singing and playing until Friend Clare, who lives opposite, came & asked us very politely if we could stop as she had to be up early tomorrow. As it was 10.30 that was fine…the party broke up and we wended our way back home, or to our camper vans/caravans (depending on who we were, & where we were living!)

…they’re all my own work!

Here’s the fourth cross. I think this one is my favourite, if I’m honest.

You can biggify by clicking on the picture, should you wish to. This one uses the zentangle patterns Celtic (centre of the cross bars), a version of Chainlink (around the outside of the cross, Half Onions (in the circle) and an ad-hoc design in the centre (loosely based on “Holly”)

As I said, I think this one is my favourite. What about you? Which one do you prefer?

Here’s the third in the series (click on the picture to biggify):

This one uses the zentangle patterns Hibred (around the outside of the cross), Intwine (inside the cross bars), and Amun (around the circle). There’s a very simple Celtic knot in the centre.

Or rather Cross Picture.

This one uses the zentangle pattern “Chaist” (Cross bars) and another one I can’t remember the name of.

…but I’m being a little lazy with the next few posts.

You see, as you may know, the Convocation of the Episcopal Churches in Europe is in the process of electing a new Bishop. The Search committee has done its job, and has selected four candidates for the post. Should you be interested, you can read their profiles here.

Now the candidates have a rather gruelling time ahead of them, as they travel to Europe (they’re all based in the USA) to take part in a week’s “interview” process – with what we’re calling Walkabouts in Paris, Munich & Rome. At each place they will be subjected to a Q&A session, which will be videoed and made available for all congregations across Europe to watch. I am on the Transition committee, which is in charge of organising the Walkabouts, the Election process (to take place at Convention in October), and the Consecration of the new Bishop. It’s an exciting time, but it involves a lot of hard work. As a voting Parish delegate, I’ll be going to Paris on 27th September to take part in the Q&A session, but I won’t necessarily be voting for the candidate that I like best, but taking into account the views of the rest of the congregation at Clermont.

I thought it would be nice to give each candidate a small gift of a zentangled cross, with a Bible verse. So I’ve spent several hours working on these, and they’re now finished. I’m going to show you all four, but spread over four days-worth of blogging. A bit lazy, I’m afraid! Sorry!

This one incorporates some Celtic knotwork, and the zentangle patterns Half-onions (inner circle), Chordin (outer circle) and a version of Twistle (cross bars)

I thought this was fun…but also demonstrates the subtleties of language that non-native speakers don’t pick up on. I’ve always had difficulty explaining that there is no real difference between “That’s pretty good” and “That’s not bad”.

Mayber this is why international negotiations sometimes go awry.

I always like these posts when people, like Bev at Confuzzledom, do them; they give a glimpse into other people’s lives. I’m very nosy, and enjoy these pockets of every day lives, lived in other parts of the world. I guess it’s the same reason that I love those lit-up seconds peering into windows as ytou go past on the train or bus.

There’s usually an official day to do “A Photo An Hour” but I always miss it. So on Saturday I thought I would do my own.

I woke up quite late – Mr FD had got up earlyish to go for a ride. The Club were leaving at 8.30, but he decided not to go. He woke me up to tell me that he wasn’t going… Thanks, love.

So I didn’t take a photo immediately on getting up. I had my bottom half shower/top half sponge wash – it’s not been quite as bad as I expected, not properly showering, or using deodorant, but I guess that’s because I’ve not really exerted myself very much! Then I had my breakfast and browsed FB. Here is my breakfast tray (finished)

I had half juice/half water, coffee, a slice of buttered toast and an apple. The little dish is for all my tablets – glucosamine, plant sterols, Omega-3 oil, plus three “medical” tablets for various ailments. I set the alarm on my phone for 1 hour hence, and read my book.

At 10.30 I had gone out to buy some yoghurt in the Bio Shop. They only had vanilla-with-chocolate-bits-in so I didn’t buy any. It is deliciously creamy yoghurt, so I can’t imagine it’s that good for you, but I don’t want chocolate adding more not-good-for-you-ness! I want the mango yoghurt back please!

There’s a queue at the boulangerie, which is decked out in French flags – I’m not sure if it’s for Bastille Day (which is today, Saturday- or at least “today” the day I’m writing about.) or for the World Cup final tomorrow (which is today, the day I’m writing this!)  in which France is playing Croatia. I join the queue to buy our usual Petrisane Graine – a softer baguette, made with seeds. I was tempted by the cakes, but didn’t succumb. (I’m writing this on Sunday, as a scheduled post for Wednesday. I did succumb today – a strawberry tartlet to share between the two of us!)

Unfortunately I forgot to set my alarm for the next hour – so it wasn’t until 4.00 in the afternoon, when I next looked at my phone that I realised I hadn’t taken any photos in the intervening five-and-a-half hours! Mind you, it wouldn’t have been very interesting:

17.30 Chopping up green peppers for a beef stroganoff

19.30 Watching TV – an interesting programme from the author of H is for Hawk, about training a goshawk. (Having eaten the beef stroganoff in the intervening hour)

21.30 Watching TV – an epiosode of “Picnic at Hanging Rock” that had been recorded.

22.30 Going to bed…reading, then lying awake until about midnight worrying about how we’d get out of the house in the case of a fire. This is because the smoke alarm had gone off for no apparent reason earlier in the evening, so I was worried about an undetected fire smouldering somewhere. How would we get out of our third floor bedroom window? Could we carry a cat in a bag (Bib was on the bed)? Would the other cats survive? Could we get onto the roof? Was the ladder in the study, under the eaves? What’s the number for the Pompiers? Would a rope made of torn up duvet cover hold our weight? How quickly would our old, wood filled house burn? Actually, it is a valid worry, and something we have thought about, but not in great detail. Perhaps we should…

Anyway – a photo an hour? Hmm. So much for that idea! 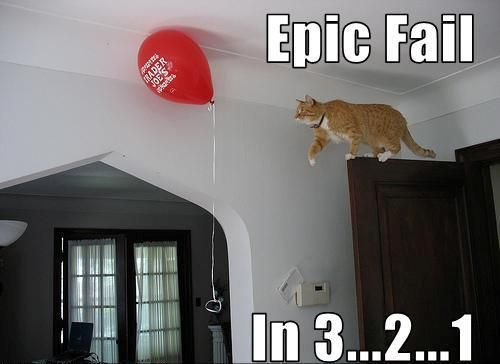