The verse from Proverbs that kicked off 40 Acts:

On Sunday I enjoyed playing with tissue paper and glue, creating this piece. I was planning to calligraph the words, but felt that this was a more harmonious way of adding them to the piece. I’m quite pleased with it.

This is a card I made for someone in Mr FD’s office. It was her birthday and Mr FD wanted to arrange something special for her. The “C” is because her name starts with a C, not for any random reason to do with crocodiles. I was a bit annoyed to find that my expensive white calligraphy felt pen had been left open, and so had dried up. The “Joyeux Anniversaire” is on a little blackboard, but unfortunately the writing was horrid, due to the aforementioned dried up state of the pen. So I had to do something different…

This is a piece I drew for friends from church who are going back to the States. Tom & Sheryl have been utter stalwarts and have really demonstrated Christianity in action. They will be surely missed. I wanted to give them something that was “of” Clermont Ferrand, and there is nothing more iconic of the area than Puy de Dome, the mountain that can be seen from almost anywhere in the city. 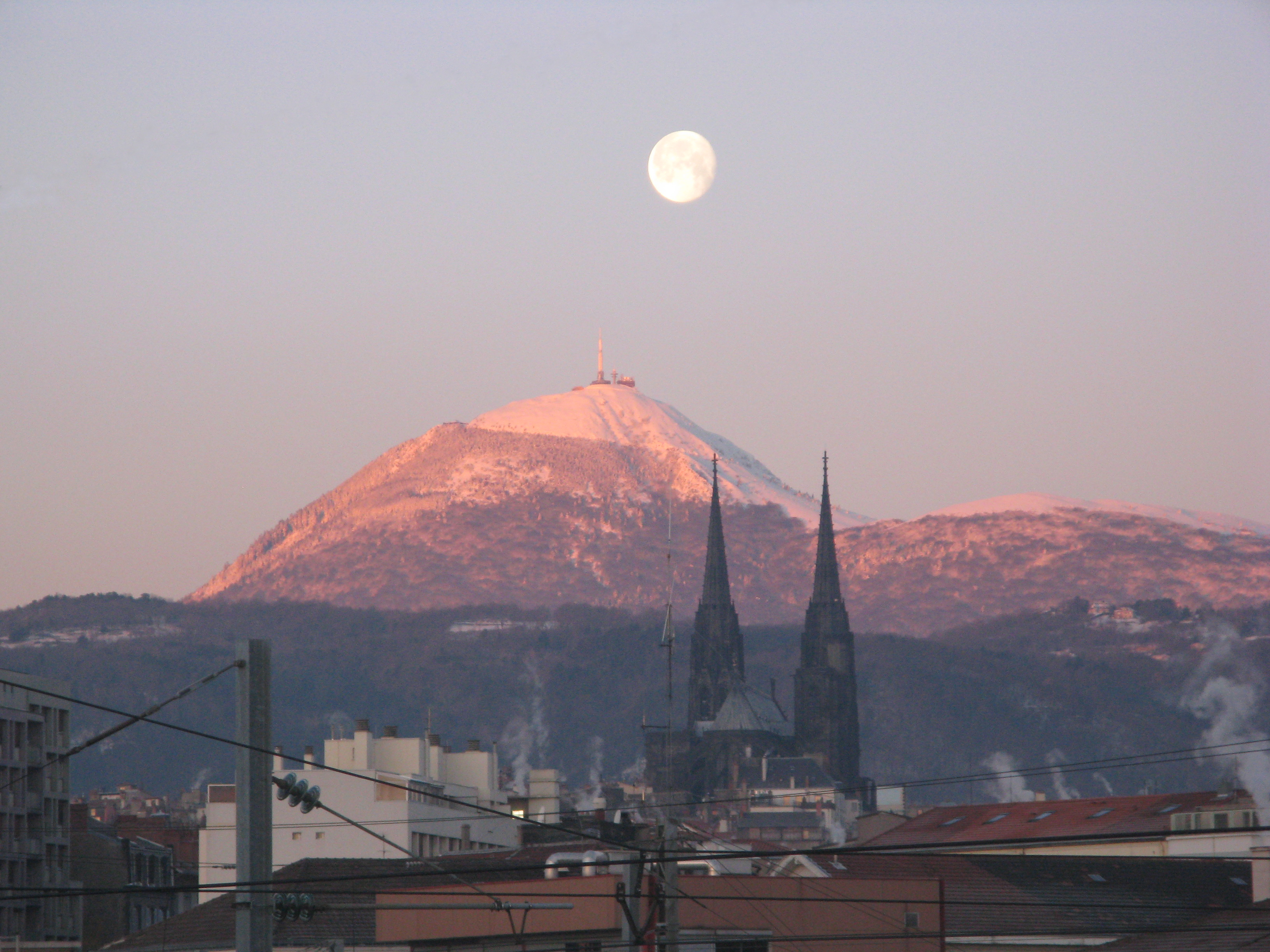 So that’s what I drew.

A few months ago, Julie, one of my Dear Readers, asked me if I could draw a zentangle of her mum’s dog as a gift for said mother. I agreed (not knowing what kind of dog it was) and Julie sent me a photo of the dog.

I can’t find it now, but it was a terrier of some kind (Sorry, Julie! I can’t remember what breed now!)  I think it might have been a Border Terrier

the most famous of which is Eccles, from “Coronation Street” as pictured above

Anyway, I searched t’Internet and found a drawing of said terrier breed. And I started my Zentangle….But it was difficult. I was worried I was getting too much Zentangle and not enough dog (if you see what I mean…) So, discouraged, I put it in a drawer and forgot about it. Then last week, I was looking through my old blog posts for something, and came across my offer to draw a zentangle for anyone, and Julie’s request for a dog for her mum. So, rather guiltily, I dug out the half finished drawing and searched t’Internet for some inspiration…which I found in this Zentangle Shih Tzu 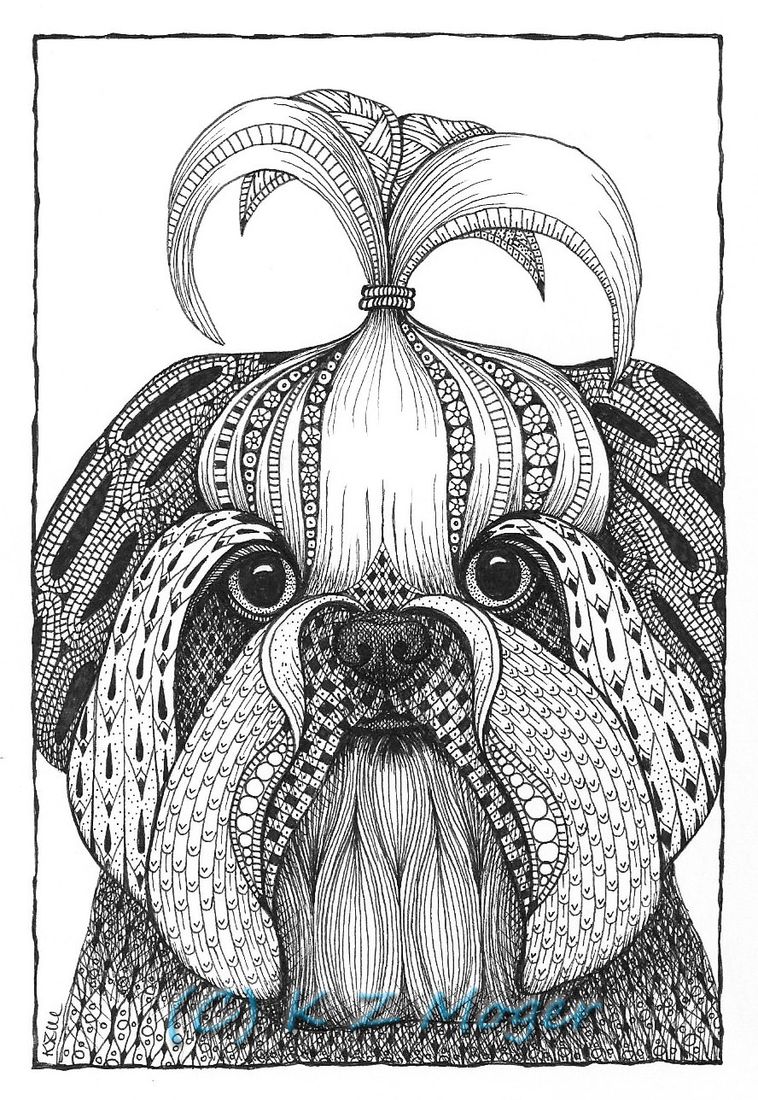 So off I went, Zentangling mojo back, and I finished the terrier in a matter of days. Julie has it, and will be giving it to her mum, so I can show you the finished article (click on the picture to biggify it):

Finally I was pleased with how he turned out. I hope Julie’s mum likes him too!

If I’ve promised anyone else a Zentangle please do remind me in the comments…Or if you’d like one doing. Please say – I seem to be ready to do another…

The Colours of the Cévennes.

The Cévennes are at the south end of the Massif Central, the backbone of mountains that run from the centre (north-south) of France

Well, I say “backbone” – it’s not quite that linear, as you can see from the image. The image below shows the relative positions of Clermont Ferrand and where we were staying, at the edge of Cévennes Noir. If you want to know where we live, it’s between Thiers and Roanne, both of which are marked on the map.

While we were away I wanted to do a bit of painting, so I took my new acrylics with me – still experimenting. There was nothing I wanted to paint “from life” so on Saturday afternoon, I just tried to paint the colours that I’d seen through the week, idly inspired by the forested hillside opposite me.

Once I got home I went through a tourist leaflet from the area, tearing out words or images that spoke to me; finally using my trusty, colourful Gudrun Sjoden catalogue for other colours and images. (click to biggify)

This part has the colours of the rocks by the dry river beds, and the yellow of the diseased box hedges – there were lots of these. Mireille (our guide) explained that this disease was caused/ spread (not sure which) by the caterpillar of a tiny moth.

With this next part I tried to capture the green from the trees – it was very forested. I’m not sure I quite got some of the darkness. In places the forestation was very deep…but in other places (our walk by the river) the shade was green and dappled.

With this part I wanted to show the bamboo, so I cut out some “stalks” from the catalogue, plus some pictures of leaves (I actually think they’re palm, but they’re close enough!) There are some other images too that we saw around the area – ruined castles, for example. The river is the centre is the river we paddled across – limpid bluey-green.

The final part takes more images  from the tourist brochure that spoke to me- the flowers and bees from our walk around Nimes-le-Vieux, and also the lilies in the Bambouseraie; a guided walk, “Dites oui” (Say Yes) – to being open, relaxed, to enjoying the moment.

It’s not exactly a great work of art, but I’m satisfied by it.

… I mentioned a few posts back about having bought some acrylic paints and starting some crafty-painty-art-journally stuff.

On Sunday afternoon I had another session playing about a bit. I started with a colour pallette of orange/red/yellow and did some flowery shapes, just using the edge of a straight brush…followed by some green leaves. Then the trusty Gudrun Sjoden catalogue came out, with some other papery goodness and I played about with tearing the paper and sticking it down. A bit of internet trawling to find a Bible verse that fitted (perhaps I should really start with a Bible verse as my inspiration!) and I tried some different fonts to calligraph the verse.

I’m not sure the text is in the best place, but I wanted to use, as a background, the torn paper that I’d already glued into place. Never mind, it gave me the space to glue the bird, which was an afterthought.

So here it is:

I’ve been hankering after some acrylic paints, but all that I’ve looked at have been a bit expensive. Finally,  I found a set in Action (nearly as good a shop as Noz!) a few days ago, which was 20 little tubes of acrylic paint for 3,99€. So I bought them, and a set of brushes. Then yesterday I idly started brushing “waves” of green and blue across a piece of watercolour paper. That in itself was very relaxing, as I listened to some music.

Then this morning, I listened to the BBC Late Night Prom with Public Service Broadcasting playing The Race for Space. At the same time I tore up pieces of the beautifully coloured Gudrun Sjoden catalogue and stuck them on to the page…a bit of stamping, some cut out words from old CD inserts, and some calligraphy and I ended up with

You can click on it to biggify, if you want to see it in more detail

I really enjoyed my time playing about with bits of paper and paint…I managed to get over my feelings of “it must be perfect” – I look online and find amazing pieces of art journalling and measure myself with those. I have a very vocal inner critic, unfortunately!

I need to do more of this, I think! The problem is I find it difficult to have a idea to start with. I need to find myself a theme, or something to inspire me. I really enjoyed my “Desiderata” series…

I’m not sure these are in the right order, but never mind!! 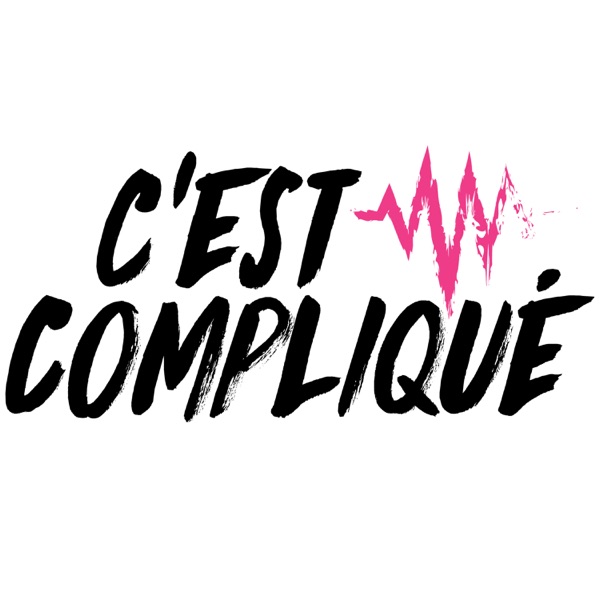 Again, if there’s anyone who’d like a piece of ZIA for themselves – or as a gift – then let me know. It’s always nice to have a specific piece to be doing.

I sent a few postcards to John Grey of “Going Gently” as he was having a competition. Here’s the envelope that I drew – he has a bulldog called Winnie.