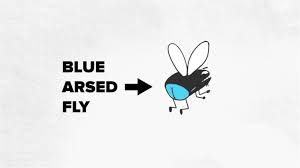 For those who don’t quite understand the metaphor:: Run around is a common expression meaning to be busy, frantic, or otherwise getting the runaround. But to emphasize how much one is running around, we turn to metaphor. I’ve been running around like a blue arsed fly. The fly in question is apparently a blue bottle fly, which buzzes around rather frantically, like someone who is running around busily doing errands. 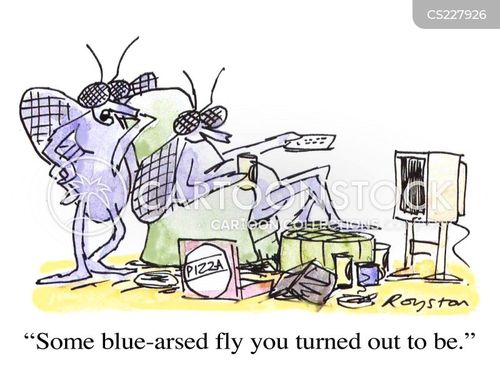 Golly gosh! I’ve been busy – still am!! Some good things:

Yay! Huzzah! and other cries of glee.

And off I buzz again – need to have lunch before leaving to go to Clermont to teach.

Hope all is well with you, dear Ones. I am thinking about my Things to do Before I’m 60 list. I may publish it at the beginning of January – 10 Things in the 10 months before I’m 60. That seems like a reasonable number of things. Thank you for your ideas – keep them coming!

Really short post with explanation why I won’t be around for the next week or so…Lots of reasons. 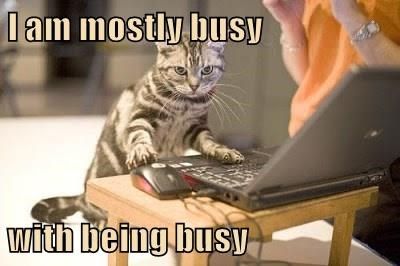 So – no time for blogging. Sorry! I won’t have time to reply to your comments either, but I do appreciate them & will reply when next week is over!

PS Thanks for your suggestions on my Challenges before 60. There are some great ideas.  Do please keep them coming!

Thank you to those of you who happily offered their lists of “experiences” or challeges for my perusal – I appreciate the offer…However, that wasn’t quite what I meant. I actually would like you to choose a challenge/thing to do for me…It could be as simple as “Invite French friends for an English afternoon tea” (I quite like that one!!) or a bit more challenging. 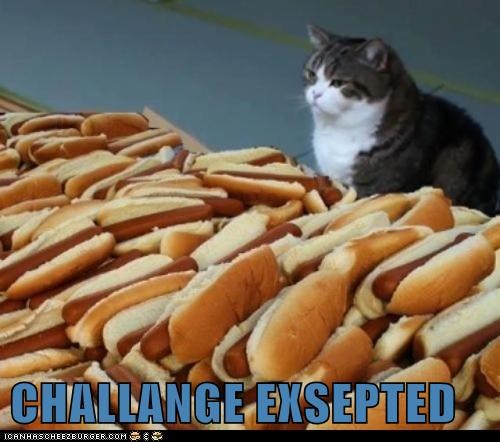 I like The Home Place Web’s suggestion of an art exhibition/show…One of my students recently said that a restaurant she goes to has art work for sale on the walls. Perhaps I could explore that possibility.

So those of you who said “You’re welcome to choose from my list” please could YOU choose something from your list…The proviso being that it incurs (if that’s the right word) little or no cost. Sadly, that might put Shazza’s llama trekking out of the picture, but maybe I could visit the llama farm which isn’t too far from here…

So N°1 on the list of A Few Things Before I’m 60 is organise some kind of art show.

I’m going to be 60 next birthday. Eeep, how did that happen?!

But – here’s a challenge – I’m going to ask each of those of you who really do read my posts instead of just clicking “like” without reading to suggest one thing that I could do. Preferably nothing that costs a lot of money…for example, I’d love to fly in a hot air balloon over the Chaine des Puys…but it’s way too expensive 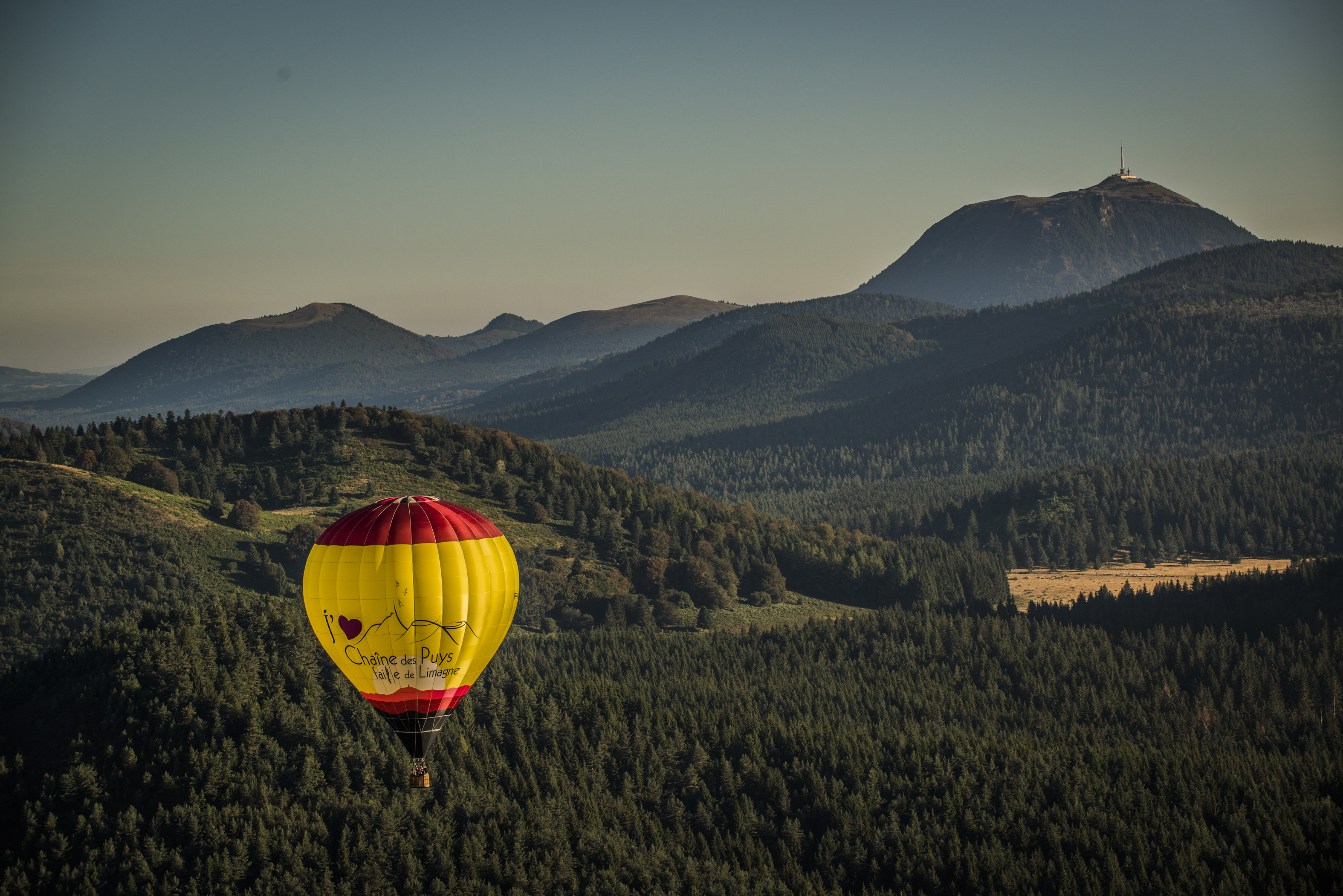 But something that might be fun, or interesting, or slightly off-beat, or a challenge (but not too challenging!)

And I’ll try to do them! So get your thinking caps on, and put your suggestions in the Comments. 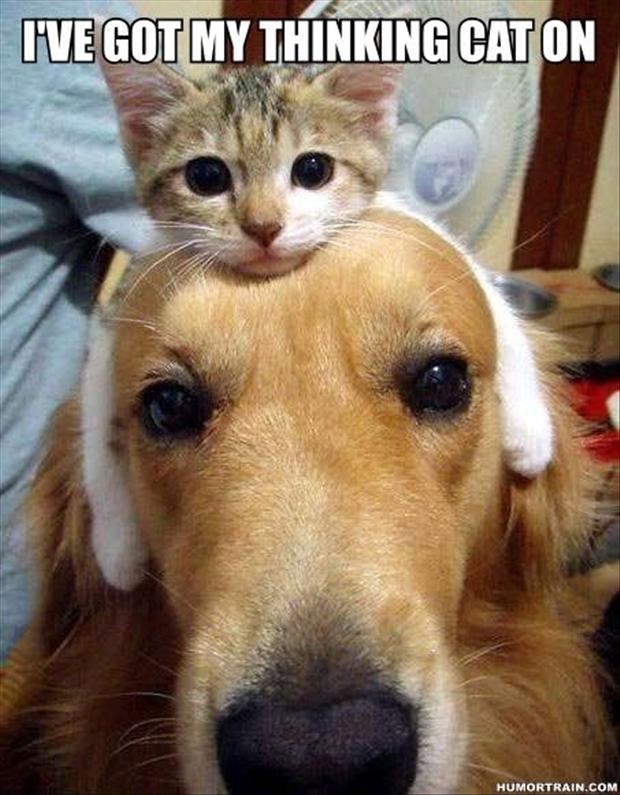 Mr FD has set in motion our joint 60th Birthday treat – he’s booked tickets to see Big Big Train in Newport, Wales on 1st November. We have friends in South Wales and the south of England, so we’ll try to get to see them. We’re going to set up a virement each month into Mr FD’s Livret A account (savings account) so that the money quietly transfers, and mounts up, without us noticing. Not too much, but enough to help spread the cost. Hopefully we’ll be able to stay with our friends, but it would be nice to maybe have one night in a posh hotel…

Here’s a Big Big Train song for you

Actually, there haven’t been any particular highlights this week – the Chinese pork was OK, but nothing special.

I think the Feta stuffed chicken was the nicest (this is the correct recipe – I linked to the wrong one in an earlier post) but next time I’ll make the pepper sauce in a different way. It was too watery made like the recipe suggests. Tinned tomatoes, marinaded peppers and some harissa would be better than using stock, I think. 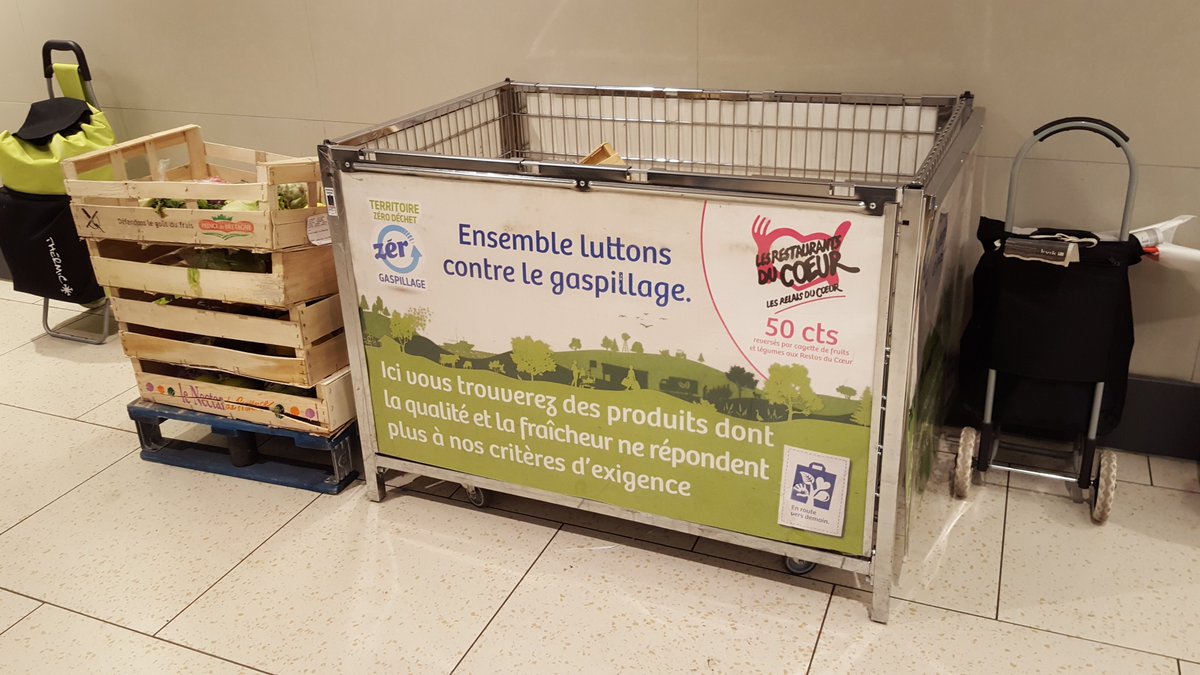 I was lucky enough to get another 1€ Lidl box – this one had about 10 packs of mange touts. A lot were too brown-spotted, but we got the equivalent of about 5 packets of good ones. That’s 1.25kg, which were blanched and frozen. There were also 1.5kg of mushrooms, all perfectly fine, which were sliced and frozen (some cooked, some raw), and 4 wrinkly parsnips. There was also a completely rotten celeriac and an unusable lettuce, but still it was worth the 1€ and a bit of extra work. Parsnips will probably go in soup at the weekend.

I’m looking forward to trying this recipe tomorrow: Stove top pulled pork, with coleslaw, and sweet potato wedges. My slow cooker died a death last winter, so I don’t have the convenience of that – we will get another, but just not yet. This recipe seems to give the delight that is pulled pork, without the slow cooker experience. We shall see. 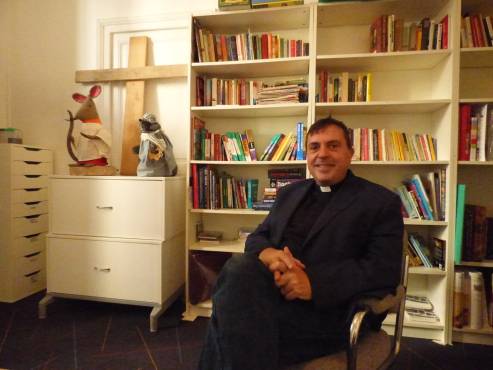 For anyone who can read French, and who may be interested, here’s a link to a newspaper report about our Rector, here at Christ Church, Clermont Ferrand.

Sorry, I’m not doing a translation for you! 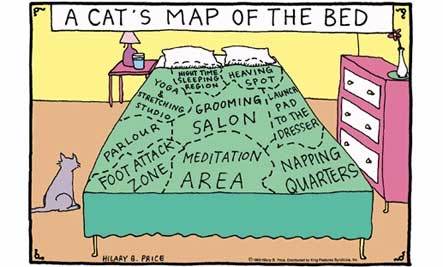 Last night, I had Bib either taking up most of my pillow, or licking/nibbling my ear so I’d lift the covers to let her in (why can’t she go in by herself?!), Millie sprawled between my feet, and Jasper was taking up more than his fair share of the Napping Quarters on Mr FD’s side of the bed. Only Pomme was absent, and that’s because she’s less and less inclined to climb stairs now. Bless them!

But we know that they would always come to our aid, should we need them! I know I’ve already posted one Remembrance Day post but I thought that there might be overseas readers – and some UK readers too – who might be interested to read more about one particular act of rememebrance taking place today – or rather series of acts of remembrance.

The film director Danny Boyle has created a series of events around Britain called “Pages of the Sea”. On 32 beaches, in England, Scotland, Wales and Northern Ireland, images of 32 ordinary, and not-so-ordinary, people who were casualties of the First World War will be drawn onto the sand, and then the tide will wash these images away.

Boyle says: “Beaches are truly public spaces, where nobody rules other than the tide. They seem the perfect place to gather and say a final goodbye and thank you to those whose lives were taken or forever changed by the First World War. I’m inviting people to watch as the faces of the fallen are etched in the sand, and for communities to come together to remember the sacrifices that were made.”

This will be a unique moment to say goodbye and thank you, together, to the millions of men and women who left their shores during the war, many never to return. 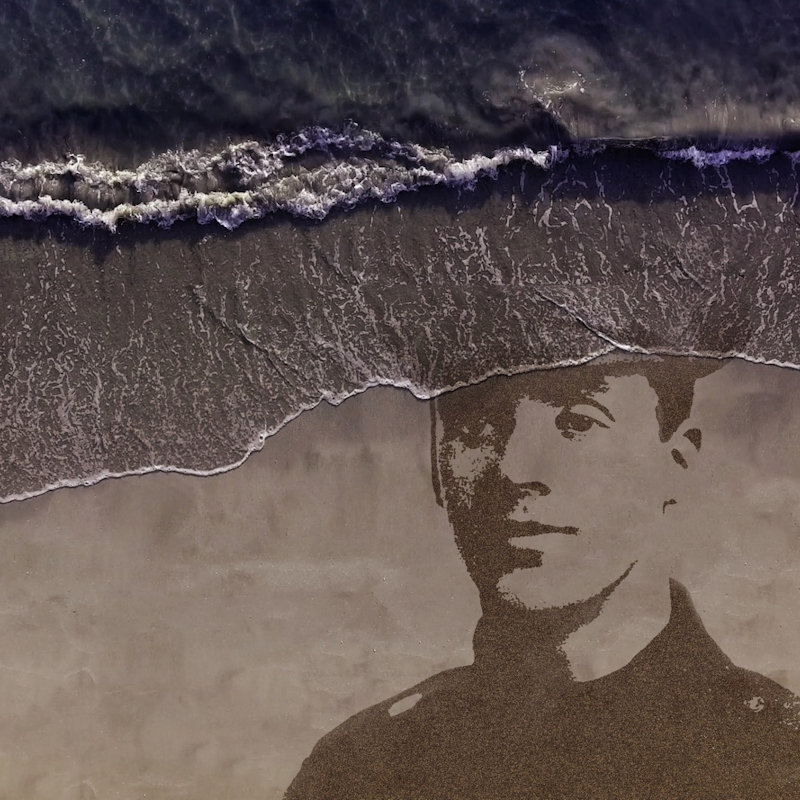 For example,this is Driver Stephen Hewitt (25 October 1878 – 30 August 1916) to be commemmorated at Brancaster beach, Norfolk.

Stephen Hewitt was born in Halvergate, Norfolk, to Christina Elizabeth Tower Harper and Isaac Christmas Hewitt. In 1899, aged 20, he married Louisa Caroline Catt.By 1916, Hewitt had joined the Royal Field Artillery as a driver, trained in the management and use of horses. He served in the Salonika campaign as part of a multinational force in the Balkans fighting the Bulgarians and their allies. In the spring of that year, British and other troops advanced from the Greek port of the same name, despite facing the region’s harsh climate and being struck down by diseases such as malaria and dysentery. Another hazard in the hills were these men fought were packs of wolves. Stephen was out riding when he was attacked by such beasts, dying from his wounds

Among the other people to be remembered are

Wilfred Edward Salter Owen, M.c. Manchester Regiment Date of Death: 04/11/1918 (Folkestone beach) – perhaps one of the “less ordinary” people to be commemmorated, Wilfred Owen wrote some of the most powerful, moving and angry poetry of WW1.

You can find out about all the people to be remembered at the website of Pages of the Sea If you click on each beach, you will find out who is being rememberted, and more about their details. I just picked a few at random.

I think this is a beautifully fleeting way to remember these, and all those others, who have given their lives throughout the ages. Whatever one’s view on war, I still think a pause for thought, for remembrance, for a determination that we will do our part to bring peace to our corner of the world, is never a bad thing.

And Carol Anne Duffy, our Poet Laureate has written a poem full of pity, and anger, and compassion, as powerful as those of the war poets:

The Wound in Time

It is the wound in Time. The century’s tides,
chanting their bitter psalms, cannot heal it.
Not the war to end all wars; death’s birthing place;
the earth nursing its ticking metal eggs, hatching
new carnage. But how could you know, brave
as belief as you boarded the boats, singing?
The end of God in the poisonous, shrapneled air.
Poetry gargling its own blood. We sense it was love
you gave your world for; the town squares silent,
awaiting their cenotaphs. What happened next?
War. And after that? War. And now? War. War.
History might as well be water, chastising this shore;
for we learn nothing from your endless sacrifice.
Your faces drowning in the pages of the sea.

Edited to add a link to a You Tube video about the event:

Four years ago, when it was Remembrance Day for the commemmoration of the beginning of the First World War, I wrote the following post.

Today, commemmorating the end of the First World War, I am going to duplicate the post. It still sums up what I feel:

PEACE HAS TO BE LEARNED

“I could start a war in 30 seconds. But some countries spend 100 years trying to find peace. Just like good manners, peace has to be learned.“
I don’t know if this was in a role for a film, or as Sylvester Stallone, but on today, Remembrance Day, Armistice Day, call it what you will, it’s a thought worth thinking about:

Peace has to be learned
And sadly, with its thirst for power – dressed up as patriotism, or as religious fervour, or any other name it is given to justify it – this world (or rather the people within it) needs to learn peace.
I will say no more. I don’t have the skill with words. Many people all over the “blogosphere” will be trying to put into words their thoughts on this portentous day, 100 years after the First World War, the war that was heralded as “the war to end all wars”, but which became the war after which there has never actually been peace throughout the world…
I will simply leave you with this most moving of songs and videos, by the late Clifford T Ward. It is beautiful, and leaves me weeping everytime I listen to it. Please click on the link and take 5 minutes to listen & remember
DAY TO MYSELF
Clifford T Ward
It’s all so different now
From just a few weeks ago
When April was about to smile on England
And I had to go

And so on my day off
I could have chosen monuments
Historic chateaux, palaces
Or finding ways of improving my French

And what of them my love