I’m sure there are none of you who are not aware of the terrible events of Friday night in Paris.

I didn’t want to let the moment pass without making a comment – but had no idea what to say. However another blogger – a young lady who I met in Paris, at the Convention – has managed to say, simply, but rather well, what I am feeling. I direct you to Naomi’s blog post We Will Be the Hopeful.

I commented on the post to say: You are right, I think, that the terrorists want to do what their name suggests: spread terror. But if we can be the hopeful – offering hope, peace, faith & love – in a world that is full of fear, war,and hatred then we are following the path that Christ first showed us. We know that Life has conquered Death: we now need to go out and live this knowledge.

But among all the justified “Pray for Paris” FB posts there was another that rang true for me:

I know that this seems more horrific because it is so close to home – Beirut is a continent away (and, anyway, they’re used to it!) (irony alert!) but ANY human death caused by another’s hatred or lust for power is a terrible event, and we must remember this.

A recent comment from Charlotte mentioned my vertigo attack, and she offered to tell me about a home treatment that worked for her husband. This reminded me that I hadn’t mentioned another good outcome from the Convention in Paris …I had another bout of vertigo while I was there, so arrived late for the Bishop’s address to convention (tut,tut!) In our group was a retired doctor, and when I told him why I was late he commiserated with me, as another sufferer, and then told me about a manoeuvre that had, he said, “changed his life”. Which sounds rather dramatic, but in fact, if you are a sufferer of BPPV I think youv would agree that if you can find a way to avoid the vertigo, then it does change your life!!

So during the Financial Reports section of the Convention, Lee took me down to the crypt, and showed me the “half somersault” manoeuvre which not-quite-instantly made everything seem less whizzy and dizzy. After another repetition of the manouevre I was almost back to normal, and after a third things were fine!

If you are a sufferer of BPPV and don’t know this then I would heartily recommend it as a treatment. It doesn’t involve being flung about, or hanging over the edge of a bed. Nor does it require 45 minutes of slow head-turning, which was the drawback of the other gentler home-treatment that I found.

Here is an explanation of how it works, and here is the full text, with explanations and comparisons with another home treatment.

Due to my arthritic knees I find kneeling very painful, but standing at the edge of the bed and placing my head on the bed seemed to work just as well for me. I can imagine that if an attack happened at work one could do similar movements using a desk, which is a lot less “attention drawing” than lying on the floor, rolling one’s head around!

I think I can safely say that this has changed my life, as when I do feel vertiginous (when turning over in bed for example) I no longer feel very worried, imagining that I may have another three or four days of extreme vertigo ahead, but think “well I can just do the half somersault and things will be fine!”

So, thank you Charlotte for your offer – I suspect that the treatment that your husband had was the same as this –  and for reminding me to share what I discovered. If the treatment was different, I’d be glad to hear about it!

Together with the rest of the northern hemisphere I’ve been taking a few photos of autumn colour.

Yesterday was such a calm and warm day I felt I had to go out for a walk – even though my feet were hurting me quite a bit (not sure if it’s arthritis, tendonitis or something else!) I really wanted to go. So I rubbed Diclonofec onto the hurty bits, took a paracetemol and put on my trainers. I took the car to go about 5 minutes up the road to the woods above the village. St Just is in a dip, surrounded by hills, and as sawmills are one of the chief employers in the area, there are a lot of woods. Sometimes – like on my walk on Friday – you will take a well known path and suddenly find that great swathes of woodland have disappeared, giving a totally different feel to the walk!

St Just from the beginning of the walk. I decided to walk in one direction for 30 minutes, and then turn round to retrace my steps. So I just walked through the woods, which are full of  trails for the wood lorries, and when I reached a junction and decided which way to go, I left myself a sign showing the return journey:

Scouting for Boys has nothing on me!

The autumn colours were beautiful, and I tried to capture them on my little point-and-press camera. I don’t have much techy knowledge/understanding and I suspect it could do greater things than I have managed here, but never mind.

After about 40 minutes or so I reached an outcrop of rock, in dappled sunlight, so I sat for a while, listening to the near silence. I could hear the distant thrum from the motorway, and from time to time the hunters’ horns and dogs from another hillside, but mostly it was so quiet that I could hear the leaves falling. And it was so warm that even sitting still I had my sleeves rolled up.

But then I turned round I found my way back to where I’d parked. By the time I saw the little car waiting for me, I was feeling tired and sore. But it had been a lovely walk. 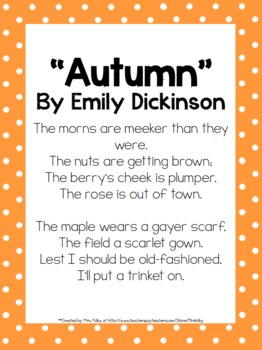