I’m cheating & sharing an old post, from my previous blog…I used to volunteer to walk dogs at the SPA near work. However, they insisted you “adopted” a dog first, and then you walked that dog. I started with Benji, but he was adopted quickly…It seemed that every time I turned up, my “god dog” had been adopted!!

And then I met Gavroche, who put an end to my dog walking…

Read on, dear one…

I think you are all a bit behind me on the God-dog front. When I got back from holidays, WMD had been adopted. So I chose a new dog called Youpi (who was a Bison Frisée (or is that a large cow-like creature with a curly lettuce?!) ) But as there were people looking to adopt a dog, and were interested in Youpi, I took out another cheeky chap, with the unlikely name of Tooraloora – or something equally bizarre. Anyway, yesterday I went to take out Youpi, and found that s/he (I never got to find out!) had been adopted! Never mind, I hadn’t exactly bonded with him/her, so I chose to take out a young labrador cross, called Gavroche. 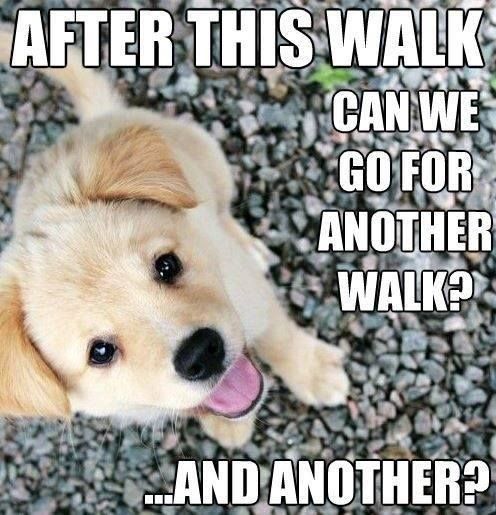 Getting him out of his cage was tricky enough, as his companion was also determined to come with us. At one point, Gavroche was outside the cage, on his lead, while I was inside, with the door closed, hanging onto the lead, and trying to fend off companion, who was howling mournfully, while pawing at my legs, desperate to join Gavroche. I eventually managed to escape and Gavroche and I trotted off for our walk. He was splendidly well behaved – but a little strong – and was very good when I gave him a treat, sitting and waiting until I handed it to him.

So, as I say, he was well behaved, but obviously wanted to explore the river that we were walking beside. But there was a 4m drop down and no safe way of letting him go. He kept darting off, sniffing and trying to find a way down, and I kept hauling him back. Eventually we discovered a slope down to the river and Gavroche washopeful. I started to gingerly make my way down the rather slippy slope. At one point I went on my bottom, making a spectacular mud slide down my jeans. I struggled to my feet and was just thinking that maybe this wasn’t such a good idea, when Gavroche couldn’t hold back his excitement and made a plunge for the river. As I was already a little unsteady on my feet, and the slope was slippery, I couldn’t haul him back and he took me off my feet, pulling me face first into the river. I ended up sitting in the river, waist deep in sandy water, having bashed my face and knees on rocks, and twisted my ankle in the process. I later discovered that I’d hit a rock so hard with the corner of my glasses, that the arm of them was driven into behind my ear, leaving me with quite a nasty gash there, and a red line across the bridge of my nose. I sat, shocked for a second or two and then I just howled for a couple of minutes, while the dog (after his first joyous splashing about) sat and looked at me. After a bit, I remembered my mobile and my watch – both in my pocket. Luckily both were okay. But here I was hurt, shocked and quite some way from the SPA centre.

So what did I do? Phone them? No – I couldn’t explain where I was so I couldn’t. Retrace my steps? No – though why, I’m not sure…maybe my scrambled brain thought I’d gone too far – though as I was on a new walk I didn’t actually know the route back to the centre… I decided to carry on with the walk…So hobbling on my ankle, bawling like a two year old and hiccupping I started to walk.

Poor old Gavroche was trying to have a good walk and kept trying to pull me towards interesting smells; I could hardly walk by now and couldn’t keep up with him. So the poor thing kept getting jerked back on his lead as I sobbed and pleaded “No, Gavroche, no – come back”.Jerk. “I can’t do this”. Pull.

I struggled past a house where someone watched my faltering progress as his dog barked for France. He worked out something was wrong and came over to me. I tried to be very sensible and spoke in my best French. He offered to drive me to the centre, but I’m too wary of getting in cars with strange men -although having seen the state I was in when I finally got back, I can’t imagine he had any designs on me – mud/tear/blood streaked face, filthy dripping jeans & T-shirt… I was also concerned (for some reason) that he had bare feet. So, refusing him, I hobbled on, taking an hour to walk the 1.5 or so km back to the centre – all the while hoping that he’d drive up behind me and get me in the car – because by then I’d’ve accepted a lift. Or that he would’ve phoned the centre and they’d come for me. But no. I finally got back, whereupon several volunteers appeareded, clucking over me, taking Gavroche and guiding me to sit down . And I collapsed into a weeping pile of uselessness.

Somebody ( possibly a vetinary nurse!) strapped me up and washed me down a bit, and decided that I could well have torn some ligaments in my ankle. And said could I get someone to collect me? Er, no – we live 70 km away. I’m afraid I’m on my own here! Luckily we’ve got cruise control on the car, so driving the motorway wasn’t too difficult. My braking was occasionally a bit hard as I couldn’t press gently, but on the whole it was

fine. Our friend, the nurse, has checked me over, and while I’m still sore, I’m generally not too bad today (much less stiff than I expected, to be honest) Sleeping was a bit uncomfortable, as I woke everytime I moved positions, but thankfully it was not worse than it could have been…

Next time I’m taking out a chihauhau.

Unfortunately, I wasn’t quite fine, and have struggled with a swollen knee ever since (it was 5 years ago!) Hey ho. Cats are much less trouble!!

4 thoughts on “A blast from the Past”