I am proud to be  a Twenty-five Reviews or More reviewer on Net Galley. 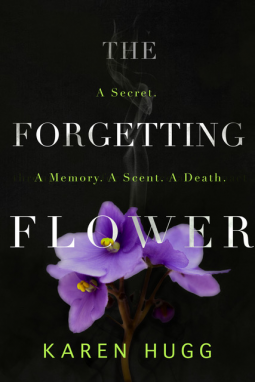 Secrets and half-truths. These litter Renia Baranczka’s past, but the city of Paris has offered an escape and the refuge of a dream job. The specialty plant shop buzzes with activity and has brought her to a new friend, Alain. His presence buffers the guilt that keeps her up at night, dwelling on the endless replays of what happened to her sister.

All too suddenly, the City of Light seems more sinister when Alain turns up dead. His demise threatens every secret Renia holds dear, including the rare plant hidden in the shop’s tiny nook. It emits a special fragrance that can erase a person’s memory—and perhaps much more than that.

As Renia races to figure out the extent of the plant’s powers, she’s confronted by figures from her past who offer a proposal she can’t outright refuse. Bit by bit, she descends into a menacing underworld of blackmarket mobsters, navigating threats and fending off abuse to protect the safe peaceful life she’s worked so hard for. Desperate to outwit her enemies, Renia maneuvers carefully, knowing one wrong move will destroy not only the plant, but the lives of her sister and herself.

I enjoyed this book very much: it had a slowish start, but built up gradually to a satisfying close. An intruiging premise: a flower that makes you forget things if you smell its perfume – and, of course, what people will do to get their hands on such a thing, and what they will do once they have it. What would you do? What would you want to forget?

The characters were well described, and sympathetic. I understood Renia’s motives and actions, and was rooting for her throughout the story. Descriptions were good, and  flashbacks were handled reasonably well to tell the story, although at times I would have preferred them to be a little more “highlighted” as I was occasionally confused as to the timing of events.

There were none of the pesky typos, poor punctuation/grammar or bad layouts that sometimes plague Net Galley books, which added to the enjoyment of the book.

The author is a horticulturist, and this comes through in her writing. She is obviously knowledgable about plants, but the way she describes them is beautiful. In one scene, where plants are damaged beyond repair, there is a real sense of loss and desolation in the descriptions. There is a love of plants and flowers that shines through Karen Hugg’s words. That for me is what elevates this book to a solid four star, rather than a 3.5 star book.

One thought on “Book Review: The Forgetting Flower(****)”