I am proud to be  aTwenty-five Reviews or More reviewer on Net Galley. 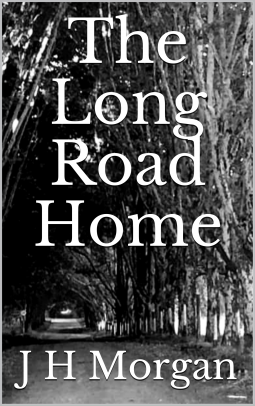 Emily Winter has spent more than half her life hiding from her past and the demons that still reside in it. She has tried to hide her pain with booze and mindless sex, never letting anyone close.

When her social worker and the closest thing to a friend she’s ever had calls Emily for help, Emily knows she can’t say no. Paige’s daughter Casey had been kidnapped and held for days in a foreign land. Paige knows the only person who could understand what Casey is going through would be Emily.

Going back to the town she hated, Emily is confronted with her past in more ways than one. Besides trying to help Casey work through her trauma, Emily discovers someone remembers more about her past than anyone else in town, and that someone is eager to pick up where they left off.’In order for Emily to survive, she will have to confront her own demons, the ones in her mind and the real ones waiting to finish the job they started years before.

The one thing I really hope is that the publishers have sorted out the terrible editing. In my e-edition there were page breaks

and parts of the text were in the wrong place – I would read a part that made no sense where it was in the text, sometimes starting mid-sentence – and then a couple of pages further on would realise that the piece of text should be read here.

The other thing that I found irritating was that the action was set in two times, and this just made it difficult to read, as there was no clear separation between the two timelines. Sometimes the telling of earlier action (Emily’s initial trauma) was recounted as a dream, and sometimes it was placed in the here-and-now action, with no real reason why.

While most of the characters were fairly well described, I didn’t warm to them; they were a little too black-and-white with little grey. The villains were a bit “too” villainous, and I had guessed the identity of the mystery person well before the reveal. The descriptions of what happened to Emily were brutal, and held no punches. But despite that, I didn’t really feel much empathy towards her as a character.

I’m afraid I didn’t really warm to this story; it got a bit too leaden in the middle, and I found myself glancing down into the right hand corner of my Kindle to see what percentage of the book I had read. My heart sank a little when I saw the “56% read” notification. If a reader thinks “Oh, Lord, I’m only just halfway through…” it’s not a good sign.

This book had potential, but in my opinion, it didn’t reach it. However, all the 5 star reviews beg to differ. Horses for courses. I give it 3 stars.