Ah – La Rentrée, a tradition in France that is well explained by this blog post – so much so, that I won’t even try to explain it, but urge you to go across to read the article – but basically, it is the return to school, and also the return to work that takes place in September.

For me, I have had a late rentrée, as my “Arret du Travail” was until the end of September. But yesterday, I started work. 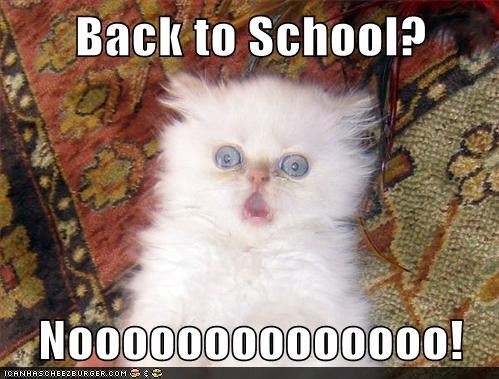 Wednesday is the day that I go to Roanne, and work with (mostly) young people from collège (middle school) and Lycée (6th form college equivalent) I finished with three students last year, as they took their BAC and all did well. Hannah and Inès are now studying medicine in St Etienne, and Emeline is studying Tourism in Lyon. I did, however, pick up one new student – the sister of Inès, and Maelan (who I’m still teaching) – but decided to try to space them out a little better so I had more than 10 minutes (after my drive from one student to another) to eat my lunch!

My timetable is now:

10.15-11.45 Yvalda – an older lady who is an Estate Agent. She wants to improve English as she’s a member of Zonta International, a ladies’ group, originating from the US. The group meetings are held in English.

11.45 – 12.30 Travel & lunch. This longer pause gives me about 25 minutes or so to eat, depending on the traffic between Yvalda’s apartment and the car park where I eat lunch. Much better!

12.30-13.15 Valentin – he’s in Première – the penultimate year of Lycée. He is concentrating on the sciences, but thinking about engineering as a career choice.

I then scurry across the road to…

13.20 – 14.20 I teach Adam, who is in Troisième, the last year of Collège. I nearly had a heart attack when I saw him – in the 9 months since I last taught him he has shot up, and is now definitely a young man! I actually mistook him for his older brother!

14.20-15.20 Yannis is Adam’s older brother, and Hannah (medicine in St Etienne)’s younger brother. He’s also  in Première and  concentrating on the sciences. He, Valentin and Maelan (see below) are all good friends.

I then have 5 minutes to drive to…

15.25 – 16.10 Maelan. Another one who’s in Première and concentrating on the sciences! He is the younger brother of Inès.

16.10 – 16.55 Aya – she is my new student. She’s in CM2, which is the last year of Primary School. She has been desperate to take English lessons with me for the last year, so is very keen and motivated at the moment!

Hop back in the car for a ten minute drive to…

17.05 – 17.50 Clément – he’s the younger brother of Emeline (Tourism in Lyon) and is now the student I’ve been teaching longest. I started teaching Pierre Damien, his older brother, back in about 2010, and gradually started teaching Emeline and then Clément. P-D is now also doing medicine in St Etienne. He’s been there for 3 years, and, I believe, is doing well.

That would be when I finished – an hour earlier than last year – but Valentin’s mum has asked if she can have lessons too, so from next week I will

It will take me about 30 minutes to drive home, so I should be back by 19.30. Mr FD will be tasked with preparing dinner, and, I hope, clearing up afterwards. Although we usually have a who-cooks-doesn’t-clear-up rule, the fact that I’ll’ve been out working all day while he’s been at home makes me feel he should do the clearing up too!

Next week I’m also starting with more lessons in Clermont – Tuesday afternoon for three hours, and Thursday afternoon for four. So again, Mr FD will be cooking those days, although I might bring myself to clear up then! It won’t have been such a long day.

Then a fortnight later I’ll have another three hours on Monday morning, so my working week is starting to get a bit fuller. I hope that I’ll be able to pick up some more hours on Tuesday and Thursday morning, but it depends what demands for training come in to ILS. Still, I’ll be working a 20-hour week, which isn’t bad, especially if you factor in the travel – an hour each way to Clermont, and 30 minutes to Roanne.

I’m happy to say I wasn’t too tired when I got back home. I think that I am fully recovered. I saw the Radiographer on Monday, who thinks that everything is doing what it should be. My breast is still sensitive and a little sore, and it’s uncomfortable raising my right arm to its full stretch, but he didn’t seem concerned by either of these things. I need a mammogram before seeing the oncologist in January (but I’m putting that off till December, as my breast is still a bit painful), and I also have to see the surgeon…After which I just have yearly check ups. My homonetherapy is fine – I have a few side effects, but nothing too dire. Some joint pain, a few extra-hot flushes, and some extreme skin dryness in various places: I can cope with this. I haven’t noticed any real psychological effects, such as anxiety, or mood swings, but they may yet arrive!! Of course, Mr FD might say the mood swings have already arrived!!