If you have had a tumour removed, and are possibly facing chemotherapy (but it’s not sure) DON’T, for the love of God, and for your own sanity’s sake, read this book: 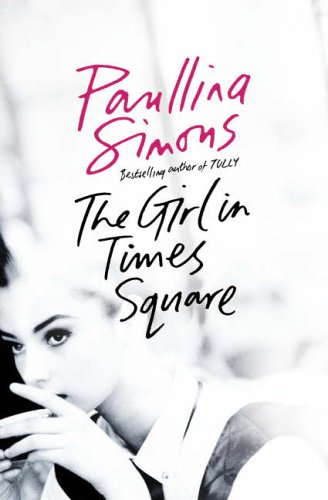 The descriptions of the chemotherapy that the heroine of the story has to go through will make you shit-scared and very nasty to your husband (who’s only trying to help) however much you tell yourself that the young woman in the story had MUCH worse cancer than you.

And if you’re going to visit someone who has had cancer and faces the (fairly small) possibility of having chemotherapy, don’t lend them this book. It’s not great for the morale. Honestly.

And now, zentangling. (Click on the images to enlarge them) Comeuse With A Chou said in the comments to my last post: I’ve no idea what zentangling is though (and am now intrigued). Do you have a link to a previous post describing it at all please?

Well, if I’m honest, I would say zentangling has been around as long as doodling has, but it’s just that some rather canny Americans thought about how it could be used to their advantage, and have rather taken over what one would, in the past, have called doodling. A whole industry has grown out of it. 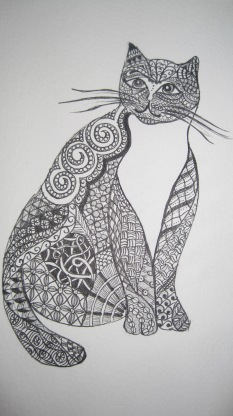 Rules have been formed, to say what is zentangling, and what isn’t… If I quote from the “official” page tanglepatterns.com

These are the characteristics that define a tangle:

In my view, this is all a bit of cobblers – it’s making rules where there is no necessity. They say: The Zentangle® Method was designed to remove the thinking, planning, decision-making and other obstacles that often hinder creativity or even prevent people from creating art at all.

But then, by making all these rules about what is/isn’t a zentangle pattern, I feel they are stifling creativity in people all over again!!

So I take no notice of the rules – I should, apparently, be calling my work “Zentangle Inspired Art”, for example, and instead I enjoy creating art, whatever it’s called, and in whatever form. AND (shock!horror!) I use a pencil, a ruler and an eraser to create grids, especially if I’m working on something that’s going to be a gift.

All the examples shown here are mine: the sheep was done for Michelle, from Boulderneigh Farm, I think (she keeps sheep). The cat was one of my very first forays into ZIA, and was designed for a charity Spanish Stray Cats.The chicken was drawn for a blog swap of some sort, for Busy Little Chicken (she’s no longer blogging) and the sunflower was a birthday card for my sister. Finally, the Harry Potter was completed soon after my return from Lines Summer School last year, as several of the teachers were confirmed HP fans. I didn’t send it to anyone, so it’s lying around my study somewhere.

If anyone reading this would like their own personal Zentangle, do let me know in the Comments – I’m always looking for an excuse to start a new one. I’ve done many subjects, including knitting, Celtic crosses, dolphins, fairies… If you want yo see other examples, click on the “tag” title Zentangles and you should find others that I’ve done.

I hope that answers your question, Chomeuse…

15 thoughts on “Zentangles – and a piece of advice.”