We have really enjoyed the Giles Coren series “Back in time for…” The first we saw was “B.I.T. for dinner”, the second “B.I.T for Christmas”. And this current series is “B.I.T for the weekend”

Back to the 50s Christmas

The premise is that an ordinary family volunteers to live and eat the decades from the 50s to the end of the 90s to see the differences in food, fashion and lifestyle. The speed of change was particularly rapid during these 50 years and was reflected in the way people lived their lives. The first two series focussed more on the food and food preparation, whereas this series is looking at work and leisure (mostly, it seems, work for the woman of the house!)

An example of the write up for Back In Time for Dinner reads: A couple and their three children embark on a six-week experiment to discover how a revolution in food transformed the British way of life, guided by records of what people ate for breakfast, lunch and dinner in the decades after the Second World War. Under the guidance of journalist Giles Coren and food historian Polly Russell, they begin by sampling meals from the early 1950s, when rationing was still in effect and staples included dried eggs, national bread, dripping and liver. 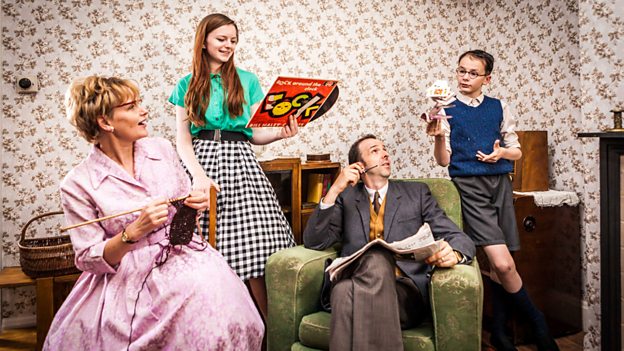 The first programme on the 50s showed the mum (whose name I can’t remember) struggling with a mangle, and spending almost all her free time in the kitchen. The young 16 year old girl was particularly rebellious about being “trained” to be a housewife herself. And the young lad revelled in a night-time camp in the woods with his two friends, having been banned from using all tech!

But it got me thinking about games I used to play, not in the 50s, as I was born in the last yerar of that decade, but the 60s. And suddenly the game Mousie Mousie popped into my memory.

I loved this game! I think it was the little plastic mice that so appealed, but I certainly remember playing it with great glee. It involved one person trying to catch the mice under the cup, while the other players jerked them off the mat. Hardly Game of Thrones, but I was a simple lass!

Another board game I remember was “Junior Executive”. Check out the sexist cover to the box: I think my set had a different box lid – I remember something a bit more business-like – but it wasn’t a favourite game. The main thing I can remember is not knowing how to pronounce the second word, and putting the emphasis on the 3rd syllable – “Junior ex-uh-CUTE-ive” (well, that’s how you pronounce execute, isn’t it?!). However you pronounce it, it didn’t make a big impression on me, as I am hardly the executive type now!

And then there was Totopoly:

which was based around horse racing. I can’t remember much about this one either, except for the metal horses that we used. I think maybe I wasn’t really allowed to play with it, as it was my brother’s game.

I’m rather surprised that Totopoly was allowed…my grandmother, Nana Disley, was against all forms of betting, being a strict Methodist, so I can’t help feeling she would have frowned on it. Mind you, she somehow managed to put her beliefs to one side for the Grand National – she would never go into a betting shop, of course, but a little private flutter was allowed. Maybe because we come from Liverpool where The National is run, she felt this was being loyal to one’s roots!

She was so strict that even a casual game of Bingo, or Housey-Housey as it was known, was thought of as “not quite right”. We would always go to her house on Boxing Day (the only time I remember sitting in the front parlour, on slippy leatherette sofas) with the great aunts and uncles, and the second cousins, where we would play word games. On New Year’s Eve we would go to Nikki Nana’s (named after her black-and-white cat Nikki) and there we could play Housey Housey

and (shock! horror!) card games too! I think it was there I learned how to play Whist.

Then for me, there were two more creative toys that I loved…The first was Spirograph

which I loved for the amazing patterns you could draw…

Not being of a mathematical bent, I was always amazed at how precise these patterns were! I used to like creating stitched curves too (but drawn) The other art “game” that I loved was something like this:

which consisted of a spinning turntable on which one placed paper and then paint, either creating circles through centrifugal force or just splatty artwork. When the motor on mine broke I took over an old record player of my parents, and started using that instead!

What about you? Do you remember any of these games? What did you play with when you were young?

PS I’m coming back, after Ang’s comment about flannelgraphs at Sunday School reminded me of my Very Favourite toy (how could I have forgotten?!) which was Fuzzy Felt. I loved Fuzzy Felt and had so many sets – the Bible Stories one, Fuzzy Felt zoo, Fuzzy Felt circus, Fuzzy Felt Farm etc etc. In fact Fuzzy Felt was mentioned on “Call the Midwife” on Sunday, as one of the apostles had gone missing from the Sunday School Fuzzy Felt! 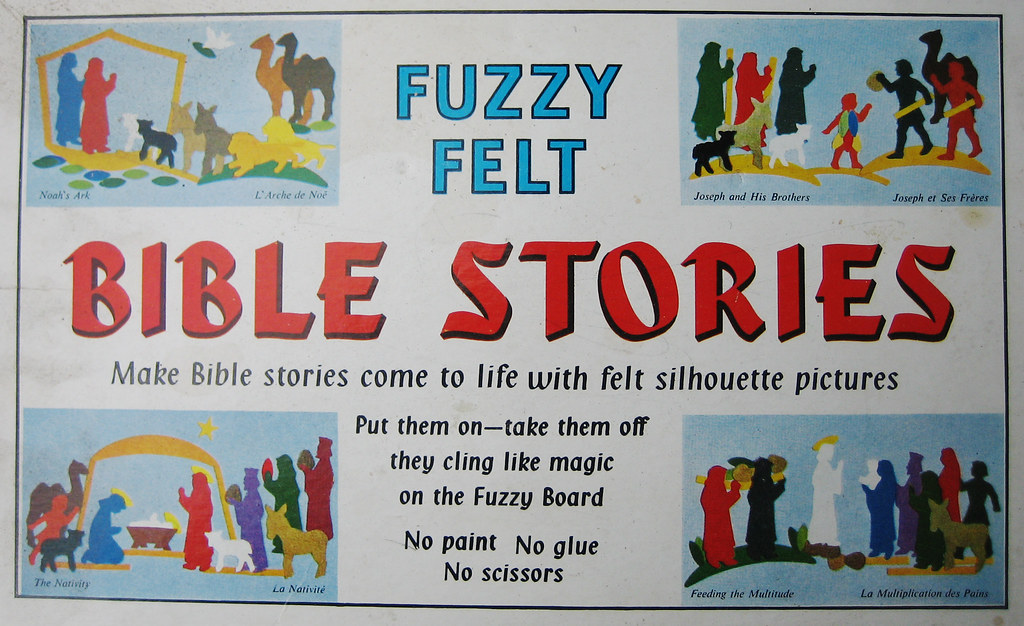 I didn’t like them when they started to have the characters printed on the felt pieces because then I felt you couldn’t iùmagine the characters to be anything other than what had been decided for you. I accepted the faces on the Fuzzy Felt Hospital but not much else. And isn’t it such a great name as well – Fuzzy Felt!

2 thoughts on “Back in time…to play board games”